What is Calvary Chapel? 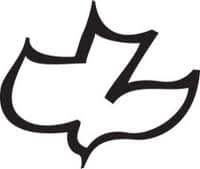 The History of Calvary Chapel. .

Calvary Chapel is a non-denominational evangelical Christian church that began with twenty-five people in Costa Mesa, California in 1965 by Pastor Chuck Smith. Through his many years of pastoring, Pastor Chuck became convinced that a new approach to ministry was needed. Rather than preaching an evangelistic message every Sunday, he began to teach line-by-line through the Word of God, starting at Genesis and working his way through to Revelation. Within two years, the small church in Costa Mesa had grown so dramatically that there was no longer room in the church to hold all the members. Pastor Chuck Smith was a key minister to the youth in what is called the Jesus movement of the 1960s. As he reached out to the youth of the counter-culture – the hippies, drug users, and those rebelling against old traditions, many accepted the Gospel of Jesus Christ. God gave the increase and thousands gave their lives to Christ.
Today the church, Calvary Chapel of Costa Mesa, California, is listed among the world’s twenty largest churches with more than thirty-five thousand calling it their home church. It is one of the ten largest Protestant churches in California. From this first Calvary Chapel many men were raised up who went out to plant new Calvary Chapel churches. These in turn also raised up new pastors and church planters so that today there are over one thousand Calvary Chapels around the United States and the world. Calvary Fellowship is one of those churches…